The farm was sold to our family in 1968. The farmhouse was built between 1861 and 1865, along with several outbuildings, including a summer kitchen and several barns.

The property lies totally in the Township of Gallatin, in Great Lot #4, inherited by John Livingston, b1750-d1822 from his father, the 3rd Lord of Livingston Manor, Colonel Robert Livingston, b1708-d1790.

After Livingston, this land was acquired by Robert Levy, by 3 deeds and consisted of 220 acres. The land was considered good for limited framing with its shallow top soil and considerable rock ridges and swamp area. 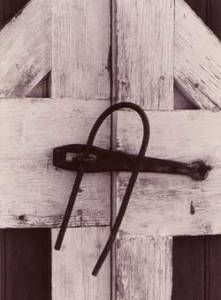 Robert Livingston, b1654-d1728, was the first Livingston to New York. He was of Scottish Nationality and his father was a leader of Scotland’s Presbyterian Kirk. Young Livingston had Calvinist work ethics. Upon his move to New York, the Duke of York’s agents found use of young Livingston’s qualifications. He was given the job or position of Town Clerk of Albany, an important post. He was married to Alida Schuyler Van Rensselaer, a blood relative of Schuyler and Van Cortlandt by birth, and the widow of Dominie Nicholas Van Rensselaer, the three richest and most powerful Dutch clans in the colony. By the mid 1680s, Livingston had impressive titles and comfortable income from his positions. Robert kept excellent records pertaining to Indian affairs and today the records are called The Livingston Indian Records of 1666-1723. These recorded communications are between the Iroquois Nation and a blend of nationalities settling in New York.

In 1685-86, Livingston purchased 2000 acres along the Hudson River from the Mohican Indians and he gave the Indians rum, beer, nails, scissors, fishhooks and knives. A short time later, he purchased another 600 acres. He requested a patent or title for land adjacent to each other, although the two properties were at a distance. The patent was granted on July 22, 1686 and an additional 157,640 acres was added. This was named the “Manor of Livingston”. Despite his power and wealth, Robert’s personal path was seldom smooth. He almost destroyed his public career through an involvement in a pirateering venture with Captain Kidd.

The royal patent gave rights to send a representative to the General Assembly and representatives were sent for 60 years, all from the bloodline of Livingston’s.

Upon the death of the First Lord, his second son, Philip Livingston, b1686-d1749, became the second Lord. Philip had traits of his father including some feudal ideas. He considered the tenants in common on his land to be brutish and hoggish and he sought to humble them. Not a very good start to cooperative ventures for our farm!

Robert R. Livingston, Jr. in addition to being chancellor for New York State was, at one point, minister to France and one of the drafters of the Declaration of Independence. Robert Livingston is depicted in John Trumbull’s famous painting “The Signing of the Declaration.” “The Chancellor” stands at the center between Roger Sherman and Thomas Jefferson, while his cousin Philip Livingston, “The Signer,” sits at extreme right, only his face visible in profile. Robert was interested in a variety of subjects including agriculture. He became a president and founder of the New York Society for the Improvement of Agriculture, Arts and Manufacturers and also imported Marino sheep from France.

The first known owner of the farm was Robert Leavy. (sometimes seen as Levy) who acquired various parcels through 1883. A survey dated August 28, 1851, signed by Robert Hood C.E. showed writing that said, “Peter Leavy Farm,” in the estate of Herman Livingston Esquire. (Peter was Robert’s first or middle name, or his father or brother’s. No one seems to know). 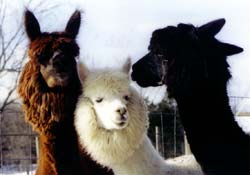 One of our barns was used in the 19th century for light cottage-style manufacturing. Otherwise, the property was used predominantly for light farming and grazing. This use is continued today with the grazing of our alpacas and Cormo sheep, which we selected as one of the finest breeds to blend with our premium alpaca fiber. Cormo fleeces have consistently won top honors at one of the most notable fiber festivals in the country – the Maryland Sheep and Wool Festival. These replace our aging herd of predominantly Suffolk and Dorset breeds, formerly owned and raised by ‘Farmer Joe’ – our farmer of 35 years who continues to be a strong presence on the farm. Farmer Joe’s sheep herd, at one time numbering 185, provided organic lamb to longtime customers in the area and New York City. In the past, our farm has also been home to animals that could no longer live in petting zoos and hands-on museums either because of their age or disposition.

Fiber Artists – Summer Farm Open House
We’re sorry we decided to cancel again this year due not only to Covid concerns for our older friends, but also our own travel plans which had been delayed for over two years. We would have loved to hang with friends on our porch and snacked on a buffet lunch as we’ve done for many years. See our Farm Events page for info.

Look forward to seeing everyone Summer 2023! Please look for your invitation this coming June if you’ve shared your contact info with us or are a member of a guild or group we’re involved with. Otherwise, please send it along by contacting us.

Ready to Create Your Own Alpacatrax Cowl?

Knit your own Alpacatrax cowl – Kit with instructions appropriate for just beyond beginner level knitter together with one exquisite, hand-dyed 100% Cormo sheep wool skein- enough to complete your project. Chose the color of your choice from an exquisite selection – all dyed individually by an award-winning fiber enthusiast in the Hudson Valley. All dyes vegetable based. Kit $55.00 including tax. Shipping not included.

We work with Starry Nights Mill in Oregon to provide you with the finest spun yarn and roving. Winner of the “2003 AOBA Mill of the Year” award at the National Fiber Conference.

Please contact us at arnow@optonline.net or 914-764-4778 for scheduling and directions.